CONTEXTUALIZATION
The President Dilma Rousseff has been the subject of systematic
attacks from opposition politicians, the mainstream media and conservative
sectors of society since the official announcement of her victory in the
second round of the elections of 2014. At first, even before the President
was appointed in Office, the opposition starts a campaign to spread
disbelief about the reliability of the verification of the votes and the
regularity of the computerized voting system. In unprecedented action
since the deployment of electronic voting (1996), the Supreme Electoral
Court authorizes the audit claimed by the defeated candidate, without
demonstration of evidence of fraud. As soon as this first attempt to derail
the Government elected failed, the candidate of the opposition, unhappy
with the defeat, calls on the brazilian population out to the streets to call for
the resignation of the President, accused of abuse of public accounts to win
an election. The main organizers of the protest movements self-defined as
“non-partisan and spontaneous”, with conservative policy guidance and
financed by large national and international corporations, free-market
advocates, want the impeachment. At the beginning of the year of 2015, the
coalition of the defeated candidate asks the Electoral Court the
impeachment of the mandate of the President and the Vice President,
alleging abuse of political and economic power during the campaign (at the
end of the same year, the action is accepted by the Supreme Electoral Court
– so far not judged).
During the year of 2015, the opposition intensifies attacks. It is
the time when Petrobras becomes the target of the biggest operation against
corruption ever held in the country – made possible precisely because of
the transparency and control measures adopted over the years the Workers
Party was governing the country. The large private media promotes the
actions of Judge Sergio Moro – in charge of the proceedings from the
police investigations – as a show for the masses. This is done through
selective and partial coverage of the facts, accompanied by derogatory
comments against the Government and stigmatizing in relation to their
supporters. Large communication groups clearly engaged in deconstructing
one of the sides of the political dispute and strengthening the other side,
promoting the idea that the workers party is responsible for the structural
corruption in Brazil. Those groups reduce the size of the demonstrations in
favor of the Government and hide the nuances and complexity of the
political moment, placing  (MORE….)

Ajude a Manter a Vitrine 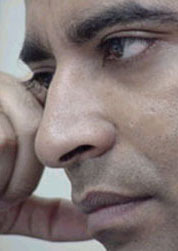